In 1548, 8 years after copper was found in Gullnes in Seljord, King Kristian IV gave permission to a group of 4 men to operate the Telemarkian Copper Mine in the Hovin area. This was true for mines in Ven, Dårud, Fosso og Skibdalen. Venelund was later selected as the most productive of these pits. In a list of all the mines in Norway from 1665, one can read that the “TElemarkian Copperworks” were no longer in use. But around 1900 copper was dug again in the mountains of the area. In 1903, pure copper was found on the hill south of Vasstveit, which had been kept secret for 30 years. The Tinnsjø copper mine was then developed in the Vasstveite area a year later. Barracks and a laundry were built, but it was an annoying transport and the laundry was not up to date. In the course of 1913, activity in the Miene already declined again. There were other test pits in the Vasstveit area, with corridors and shafts.

So it was necessary to find the mine again

After a long search in the area, old roads, remains of walls and other signs of former mining activity were first found. Even the pier at Tinnsjø can still be seen today. They followed the contours of old transport routes to find the entrance to the pit. Looking back, it is said that it was actually not difficult to find the entrance, since it was relatively obvious, hidden by a little undergrowth, on the other side of the road. The pit itself is 150 m long before it then goes down 55 m vertically. This part is under water. There is little water in the horizontal passage, as most of it flows out. The entrance to the pit is “beautiful” if you can put it that way, the floor and the ceiling seem flat. Hardly conceivable how this was possible with the tools of the time.

The original text comes from gransherad.net, who wrote the text is not comprehensible

The picture of the postcard comes from www.hoiset.net 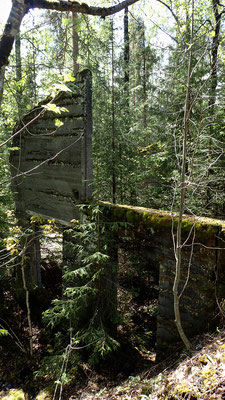 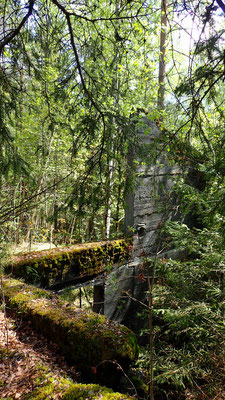 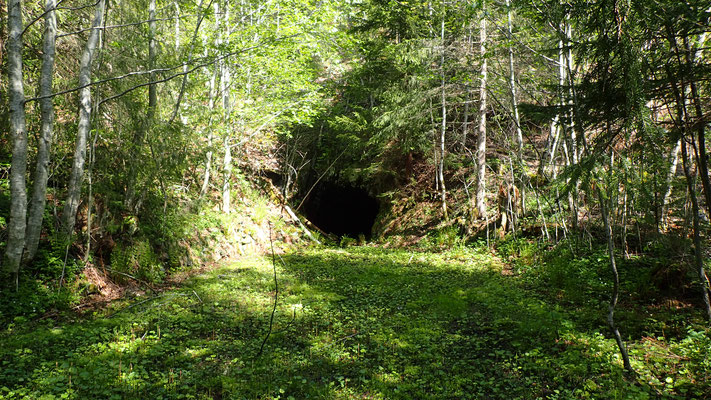 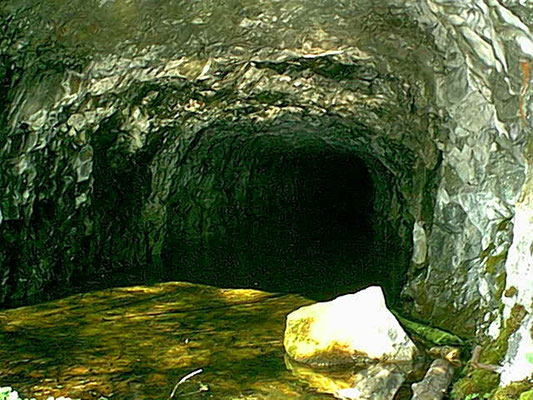 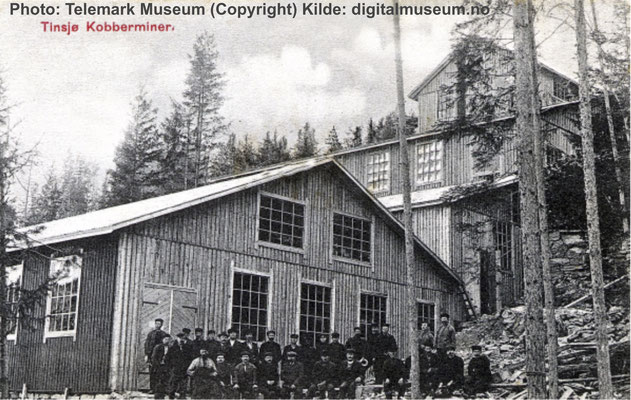 The picture from the inside of the mine is also from the homepage gransherad.net 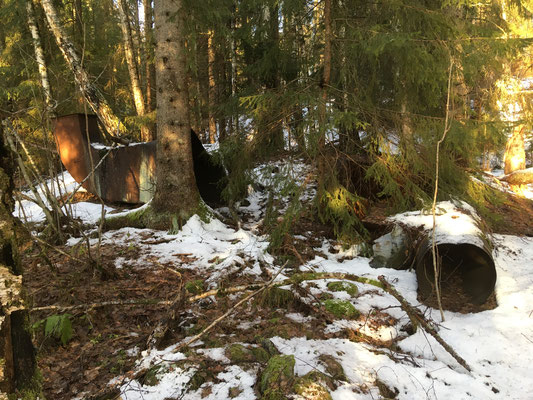 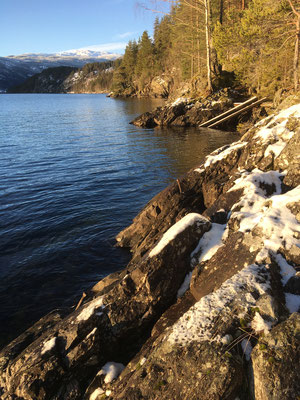 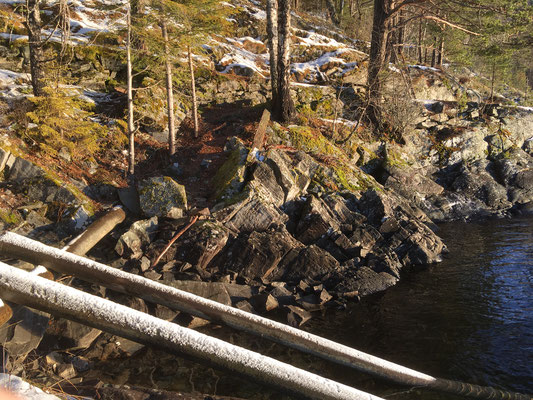 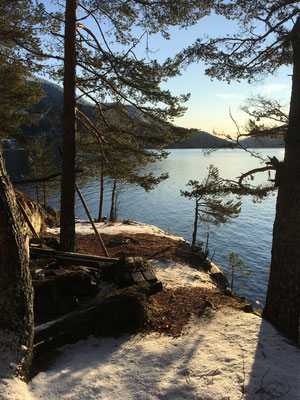 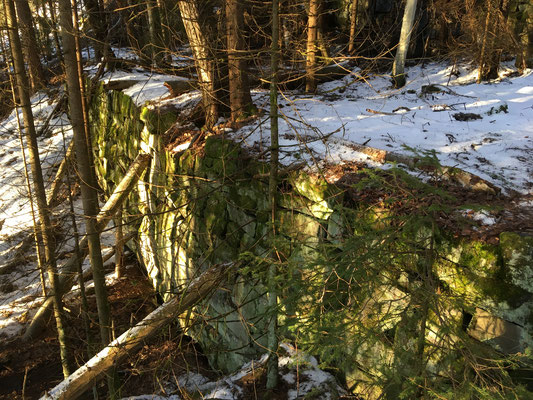 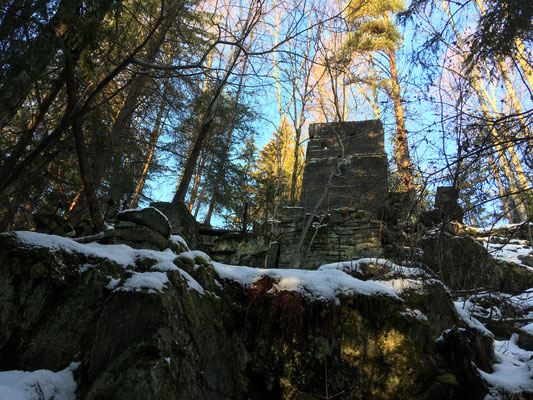 If you leave the path into the forest to the left, you can follow a path down to the former boat jetty and come across other remains of the buildings. At the lake there is also a resting place, which is apparently used from time to time.

A pity actually that it is not better described on site to get an impression of the former farm.