Brother Robert is a Cistercian monk born in the United States in 1932. He came to Norway in 1067 to realise the call to live alone. With the help of Cistercian Bishop John Willem Gran, he settled first near Austbygde and in 1977 on an abandoned farm in the middle of the forest above Tinnsjø between Hovin and Austbygde.

Brother Robert lived there alone for over 20 years without isolating himself from the people. In 1996 and 2009 he was joined by two Estonian monks. Each of them lives alone in one of the huts, but they eat, work and pray together. The three monks live under the simplest conditions without electricity and flowing water in the Cistercian spirit and according to the rules of the Benedictines. With their own hands they built their church high above Tinnsjø.

When one finds the way to them, he first stands in front of a great gate with the image of the Virgin Mary with the Child Jesus. Above the gate it says:

“Peace with which it enters”

A landscaped path leads you to a clearing in the forest. There is a larger house with the common kitchen and living room. Behind it stands the small church with the hexagonal tower and distributes on the property the huts of the monks. Brother Robert straddles some languages and they regularly read newspapers and are interested in what is happening in the world. It’s easy to listen to Brother Robert’s stories and you feel very welcome with the monks. They like to hold a devotion for their visitors.

If you look very attentive, you can see from the other side Tinnsjø the church in the middle of the forest high above the Tinnsjø.

Brother Robert says of himself he has found his life here in Tinn, that he had already wished as a child in the USA. A life in silence and prayer. They leave their monastery only for the necessary executions, but every guest is warmly welcomed.

Brother Robert died in his monastery at the age of 88 on 29.09.2020. May God be with him and his two confreres Miikael og Serafim and accompany them on their way. 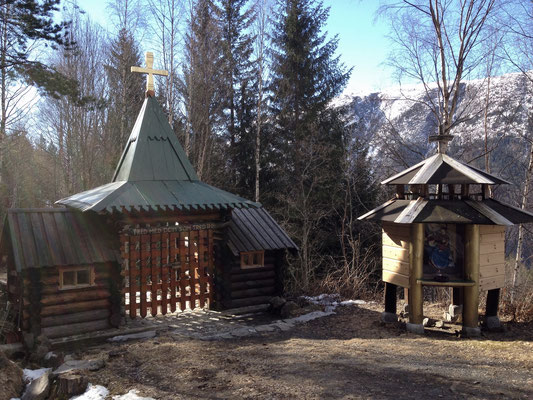 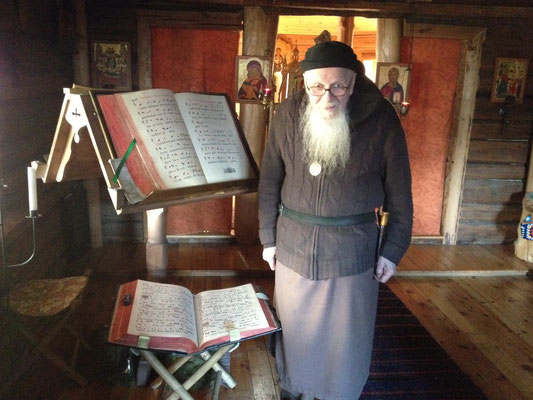 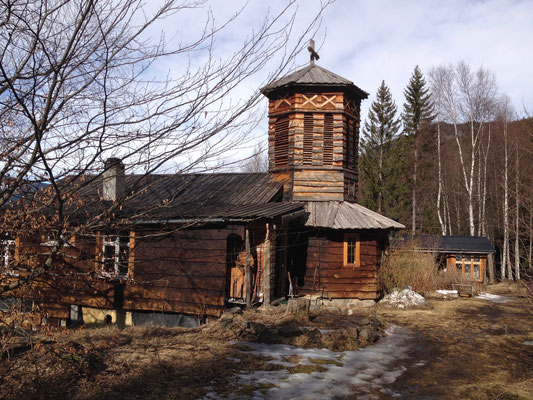 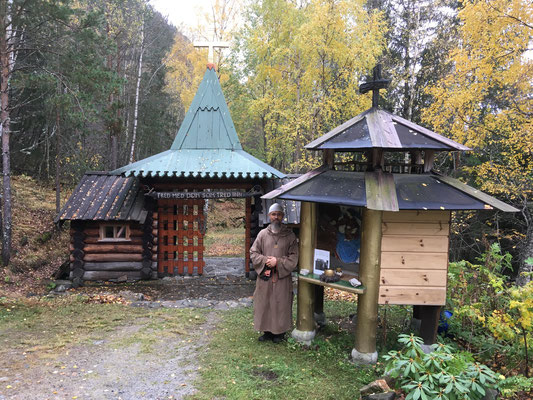 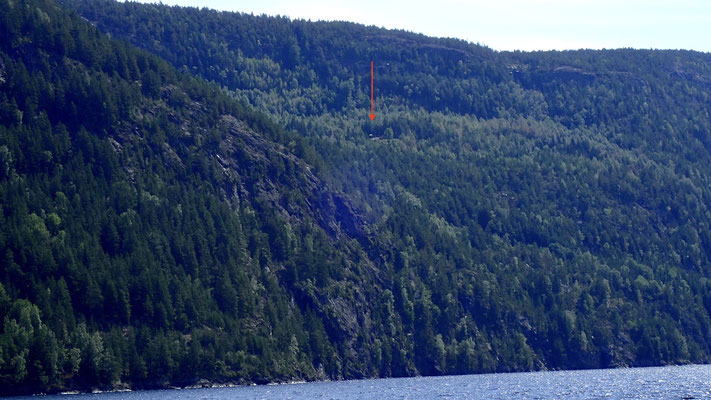 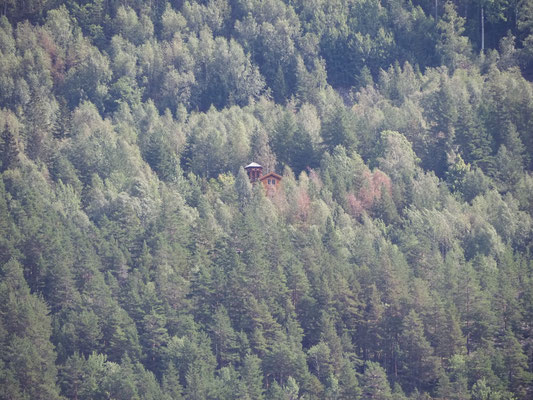