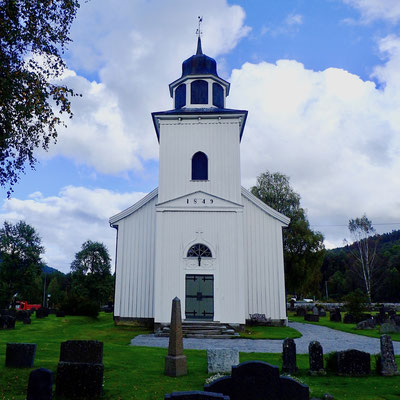 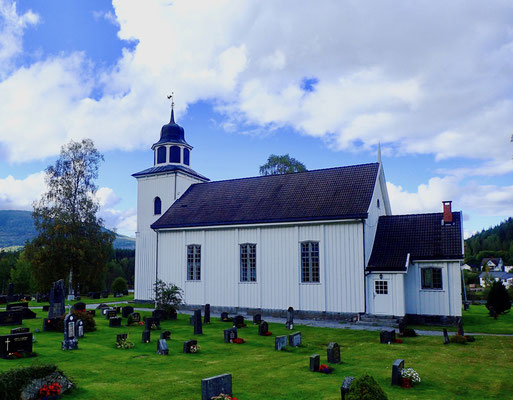 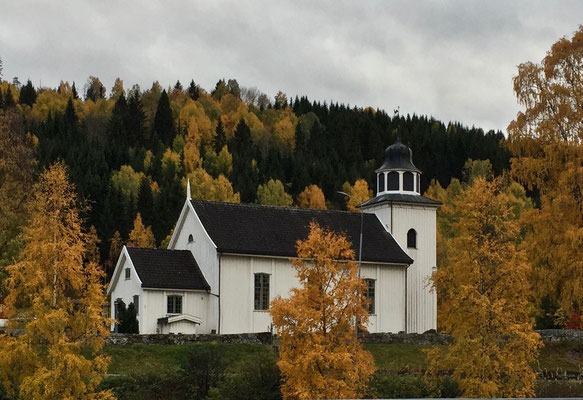 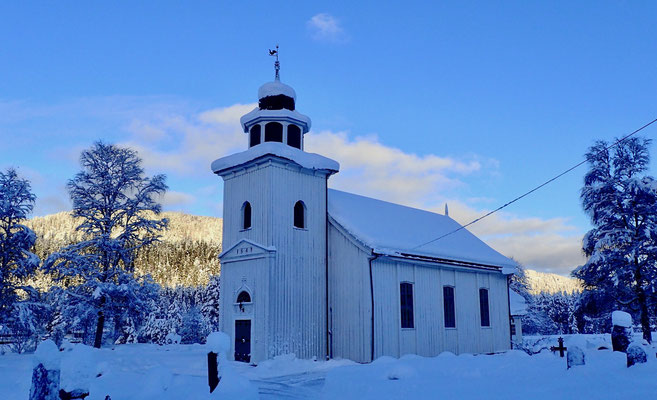 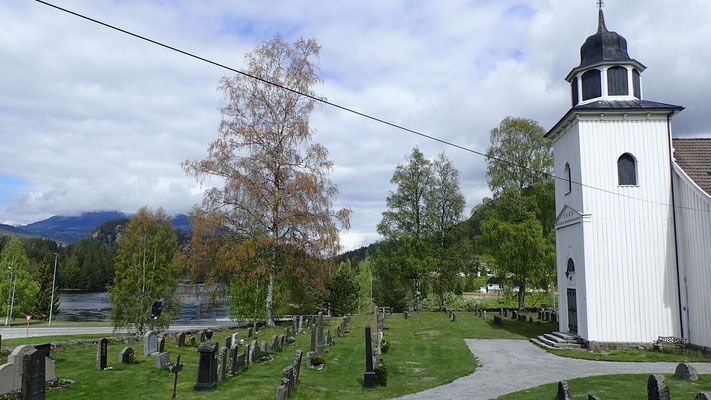 According to legend, the first church of Gransherad stood on “Grandlås” a little further south. According to the Jubileum Book of the Church, traces of it can still be found on the growing grounds. This church is said to have fallen into disrepair after the Great Plague in the mid-14th century. A stave church was built on the present site.It dates back to 1369 and was consecrated to Olav the Saint. The stave church underwent strong alterations over the centuries, so that today the shape of a stave church is no longer recognizable. The gallery was later removed, as with many other stave churches. However, some of the old inventory was preserved. For example, the old sermon chair was found on the church tower, restored by Finn Kraft and placed in the sacristy. In addition, the bell and a Bible of Kristian III of 1550 were preserved. The portal pillars, an old cross and an Olavs head were handed over to the “Oldsakssamling”. The last service and he rebuilt stave church was held on 11 August 1849 and on 20 and 21 August it was demolished.

The present church was built by architect Halvor Andreas Olsen from 1845 to drawings by Linstrow and consecrated on 11 September 1849. Olsen built, partly at the same time, the church in Hovin after the same drawing, which was then consecrated a year later. The church in Gransherad is said to be slightly larger than the church in Hovin, although estimates of seats vary. Today it has 250 seats.

It is a long church built in block construction with a west tower, whose choir has the same width as the nave. The sacristy was added in 1939 and in 1985 a detached building in the south of the church, which houses the construction room, the room for the cemetery staff and the guest toilets. 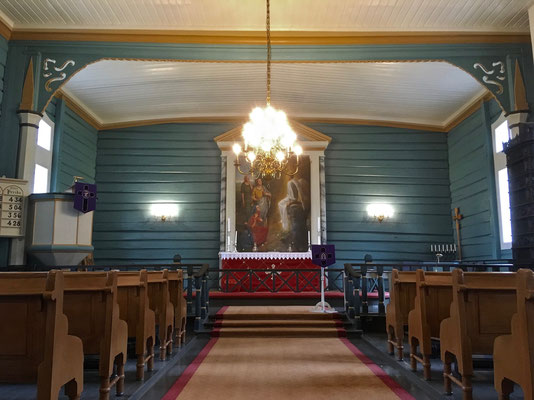 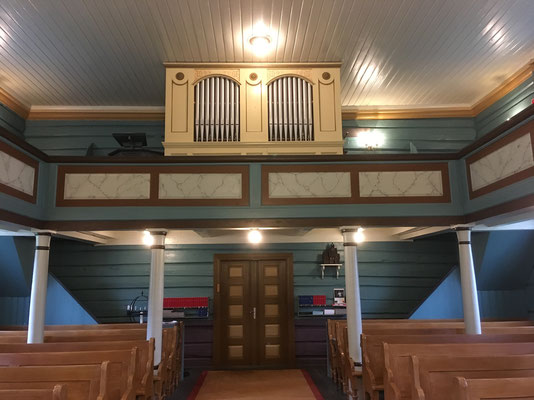 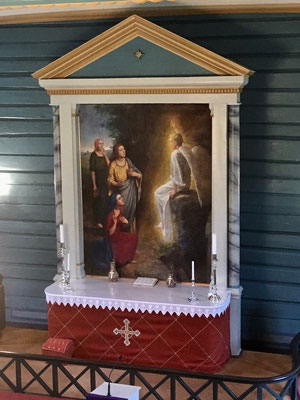 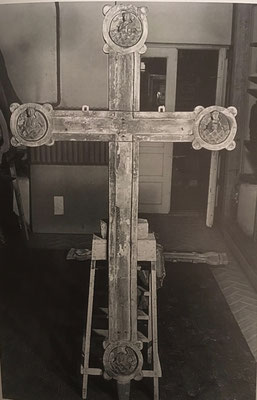 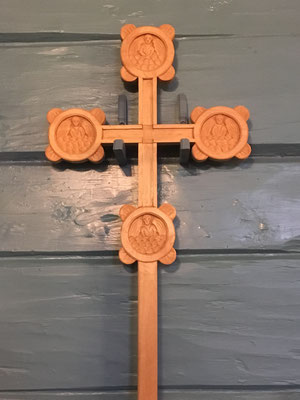 The church was covered with panels on the outside, but not inside, where the painted beamwork is visible. The church choir rises three steps above the nave. The gallery to the west, which, on the northern and southern sides, extends a little to the east, is the organ to the west.

At the beginning there was only one cross on the altar, but in 1930 she received an altarpiece painted by Thyge Mathisen, depicting a woman at the grave. The former altar cross stands today in a corner of the choir. The sermon chair is at the same age as the church.

The organ was built by the Torkildsen brothers and inaugurated in 1990. It has 10 votes distributed over 2 keyboards and pedals. (opus 138) and replaced the organ from 1914, which broke down at the end of the 80s. 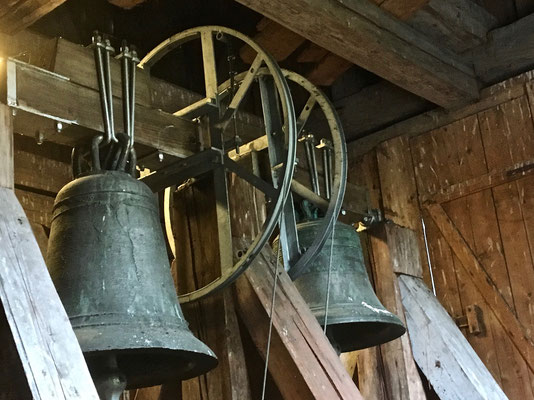 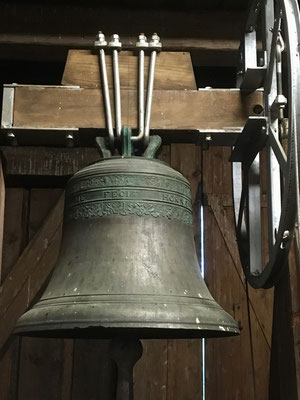 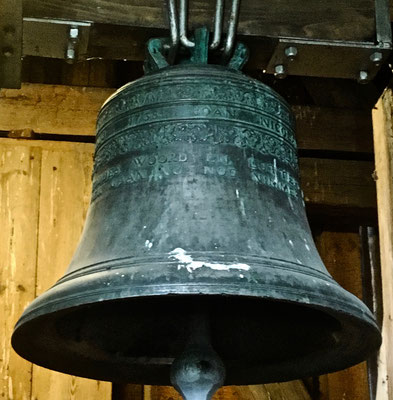 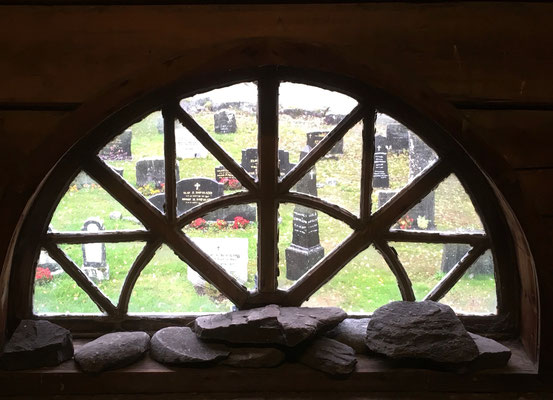 The church bells are still from the old stave church. One is believed to have been cast in the 14th century, the other is from the Netherlands and is from 1738. Her inscription reads “God’s Word and Luther’s Empty, Will Never Past” 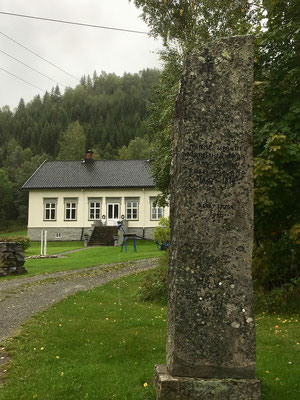 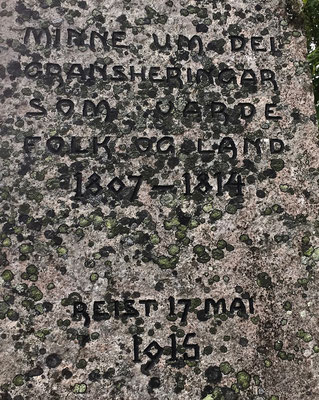 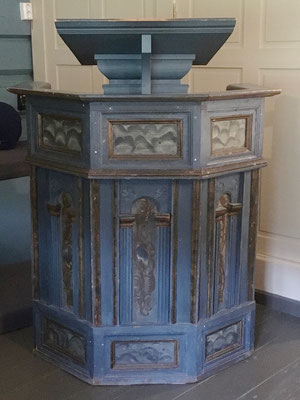 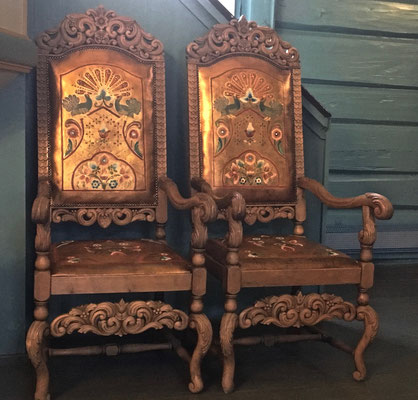 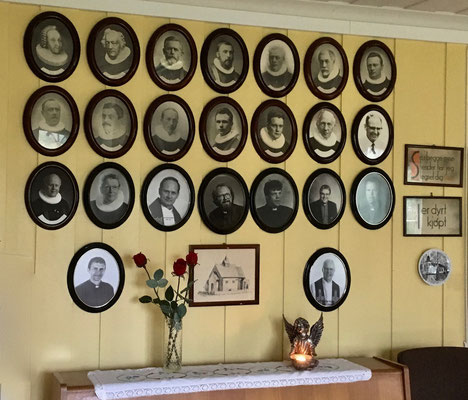 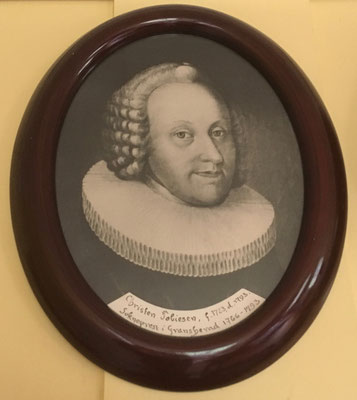 5+ 6th Gallery of the “Sogneprests” of Gransherad in the sacristy

The church is surrounded by the cemetery and is located south of Tinnåa with a beautiful view of the river. In the cemetery there is a war memorial stone. His inscription reads “Remembrance of them Gransheradians, who protected people and lands 1807-1814”. After an English attack on Copenhagen, the Norwegians and Danes sided with Napoleon. Sweden was fighting on the side of England. After Napoleon lost the war, Denmark was forced to surrender Norway to Sweden.

South of the cemetery (to be seen in the background of the memorial stone) lies the former vicar’s house, which was sold to private individuals in the autumn of 2014.