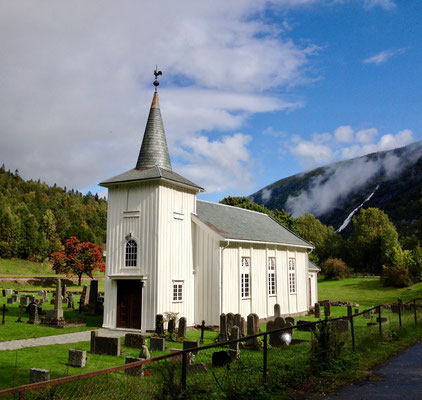 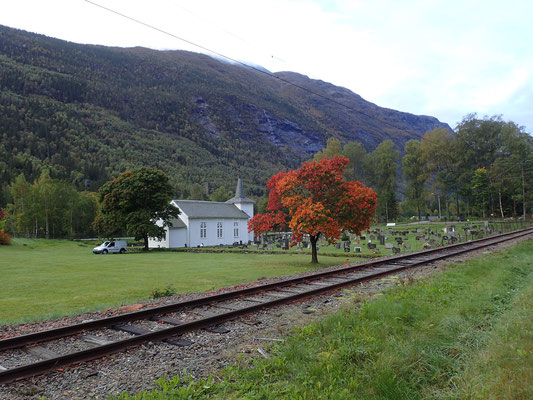 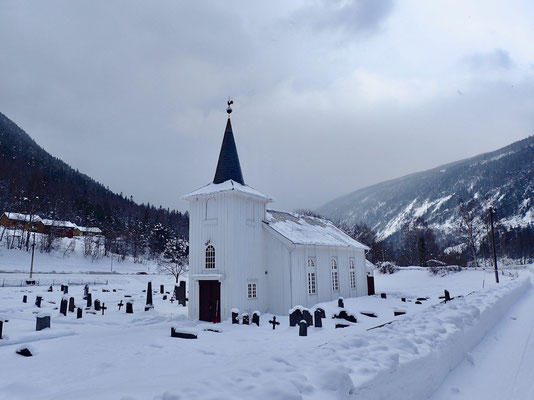 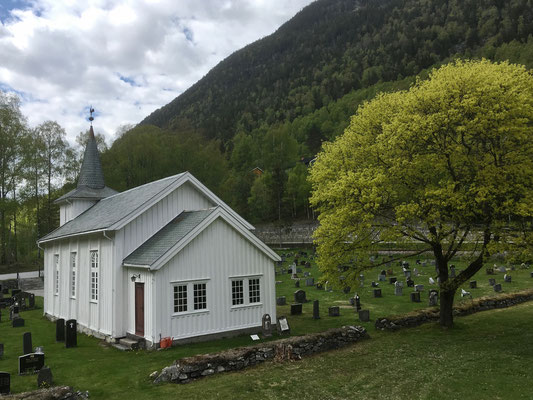 Dal Church has a long history of pilgrims, which is why we decided to integrate it into the pilgrimage route around the Tinnsjø even though it lies a little further away from it.

Dal Church built in 1775 is not exactly Tinn’s oldest church, but originally it was a classic single nave stave church from the period 1190-1215. So it stood until 1775 when it was torn down and rebuilt in block plank construction. The choir of the Stabkirche remained standing in the meantime, so Bishop Hansen saw no reason to consecrate the church again. The first changes were made in the years 1842-44 when they received their present-day Empire style, which in turn took place according to Linstrow’s drawings. According to the other churches around the lake.

Since the 12nd century Dal Church was a “Lovekirke” meaning “she lived on the gifts of the faithful”. Here believers sought comfort and healing in their hardship and gave something in return to the church. Corneliussen Normann wrote in 1763 that Dal was a “Lovekirke” in ancient times. Even though the pastor was in Copenhagen, he was pastor in Tinn a few years earlier. There are also some references from the 17th century.

Mostly it was healing of feet and legs and it is written by many crutches, sticks and walking sticks on the ground above the old nave.

The central centre of a three-part painting was Mary and Child – as a carved figure – in the church until 1842, after which she was taken to Oslo Kulturhistorisk Museum, together with the christ figur. When the kingdom boasts today with its medieval madons, it is above all the beautiful Madonnas “Hedalmadonna from Valdres” and just this “Dalmadonna”!

Reproduction with his permission 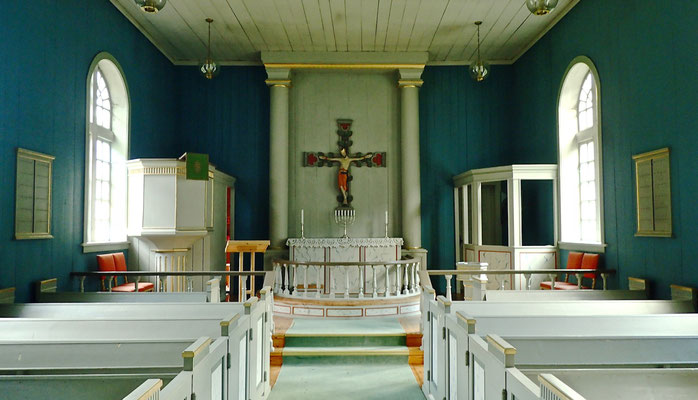 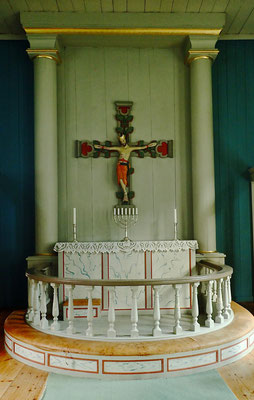 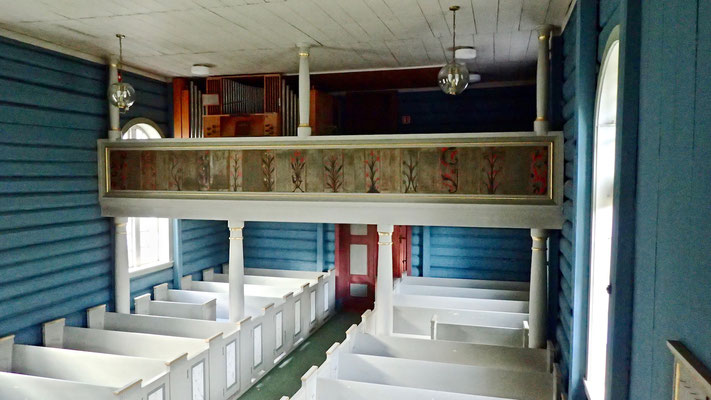 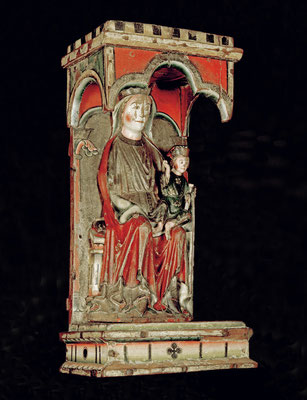 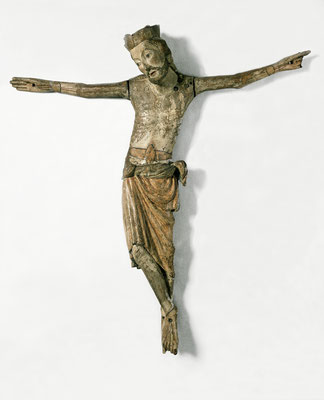 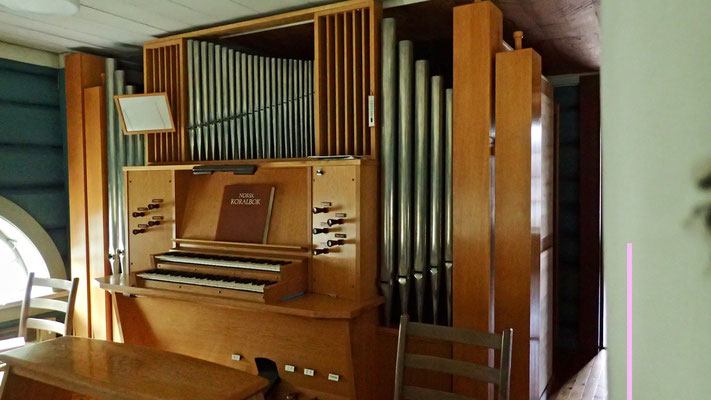 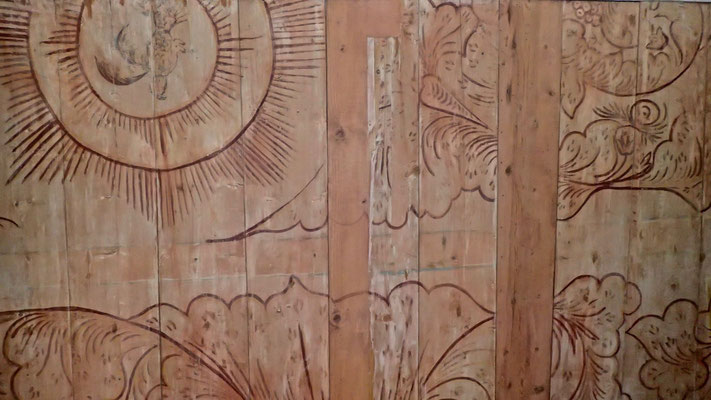 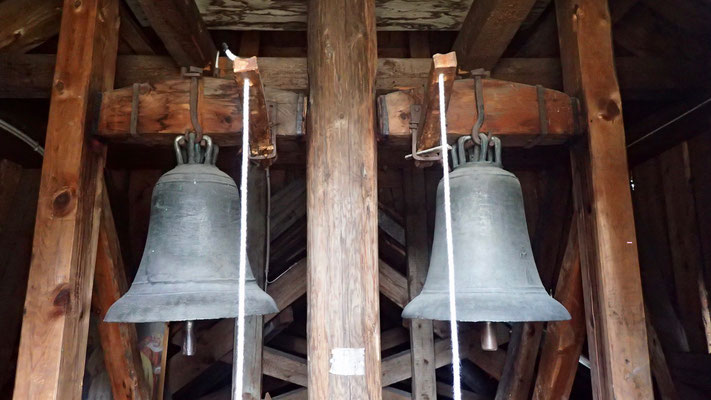 According to Tinn-soga, both bells date from the Middle Ages. Both bells were cast in late Romanesque form. On one of the bells are two identical casting marks, a Latin cross. This should be the personal signature of the bell caster. According to one theory, the bell, in a provisional form, is said to have been cast on site, but one does not know exactly. This bell is said to date from the middle of the 12nd century, while the other dates from the late 12nd century.