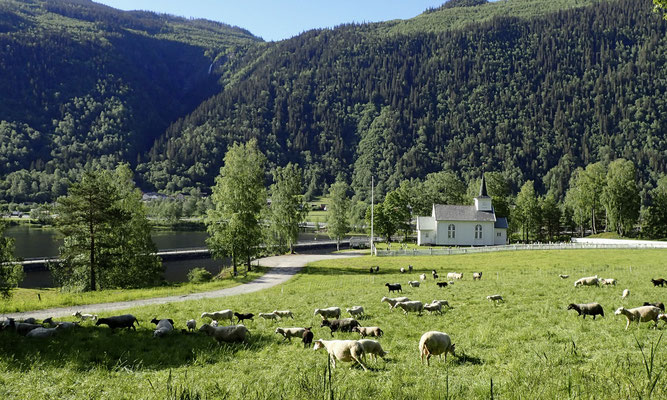 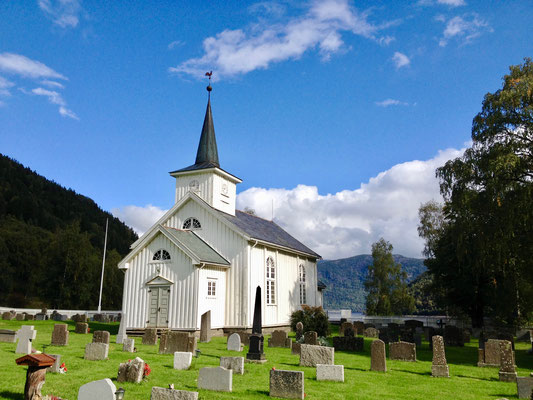 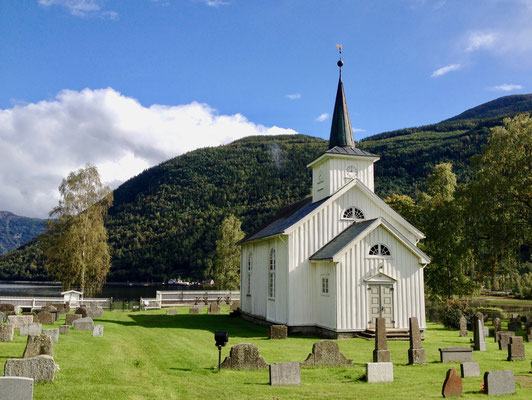 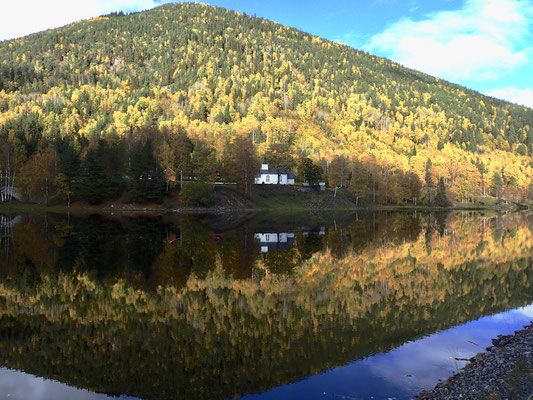 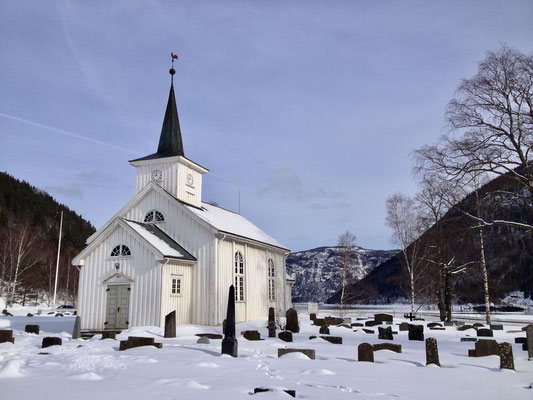 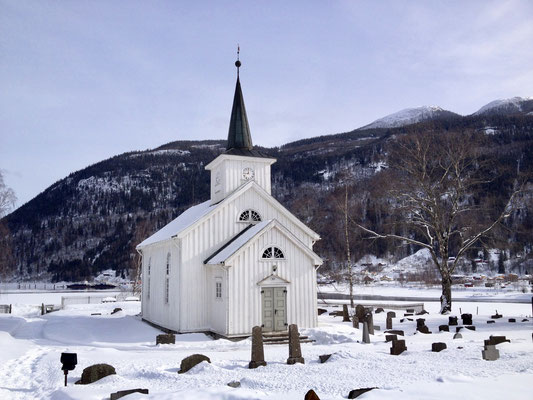 In the very east of the “Vestfjorddalen” on a sandbank on Tinnsjø lies the church of Mæl, high and free with views of mountains and lakes.

The church bells have been calling for worship from the church tower for almost 175 years. In all these years they called people in need and joy, in good and difficult days.

Historians believe that Mæl originated during the migration of nations, between 400 and 600 AD. They continue to write that the place where the church stands today was already the meeting place of the parish.

It was therefore quite natural that the parish of Mæl built its first church there. There are few written documentations about this first church, but it is believed that this first stave church was built in the 11st century.

This first stave church was demolished in 1836, only a few years before a law was enacted that most of such stave churches gave the death blow. This law stipulated that all churches in the country must have seats for at least 30 % of church members, and in most cases it was decided to demolish the old, smaller stave churches and replace them with new churches.

According to a 1828 survey report, the church is in such a bad condition that it moves noticeably in the storm and therefore poses a great danger from it. It is therefore advisable to suspend all services and to tear down the church as soon as possible.

The church as we see it today was built like the other churches according to one of the drawings of the castle architect Linstow. It is said that many craftsmen from Tinn looked at these drawings but did not understand them. Only one dared to take over this task, the 31 year old Gunlek Leidulvsson Vemor, the same Gunleik, who also built the church in Dal in 1842. This Gunleik was a very diligent craftsman. 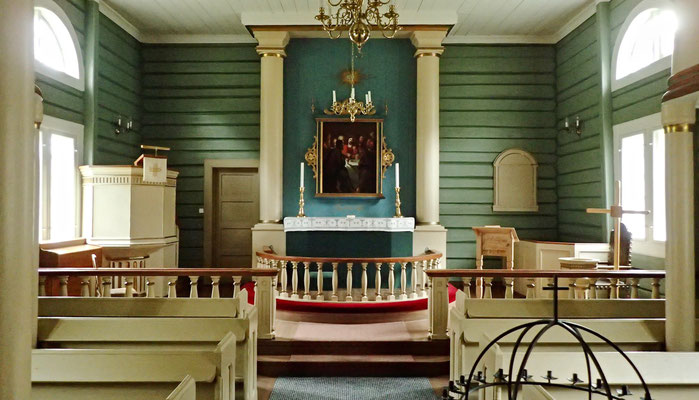 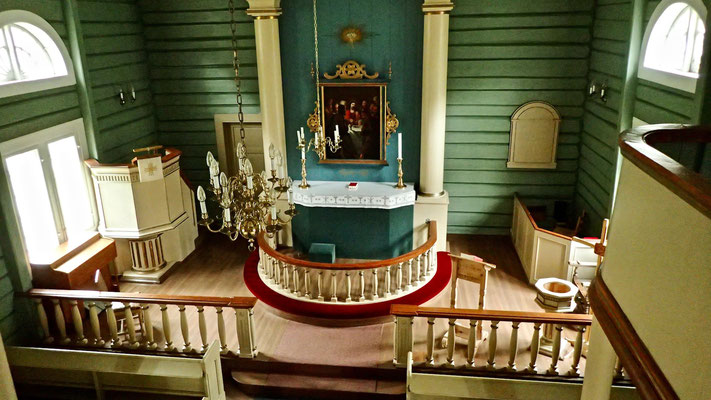 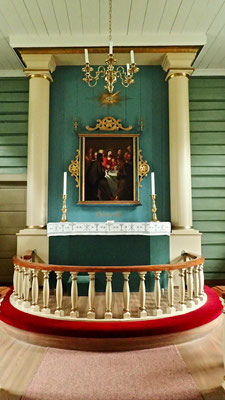 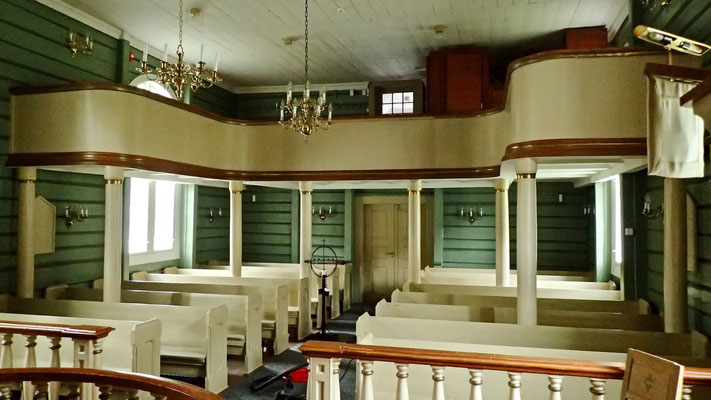 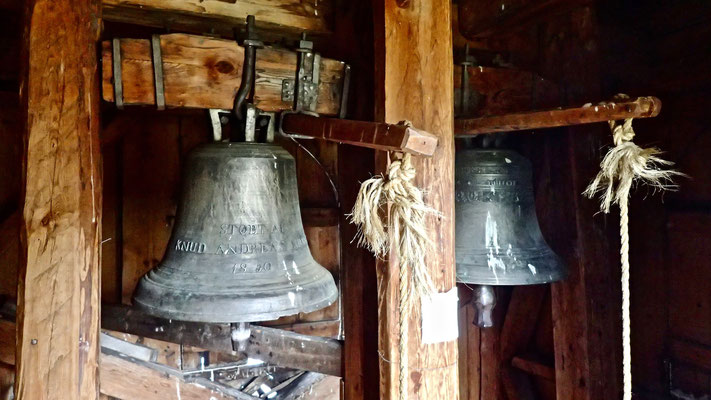 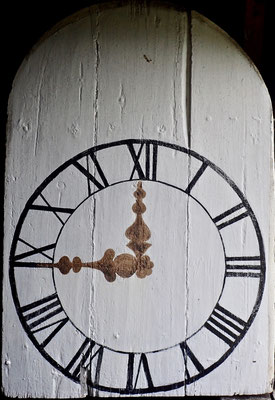 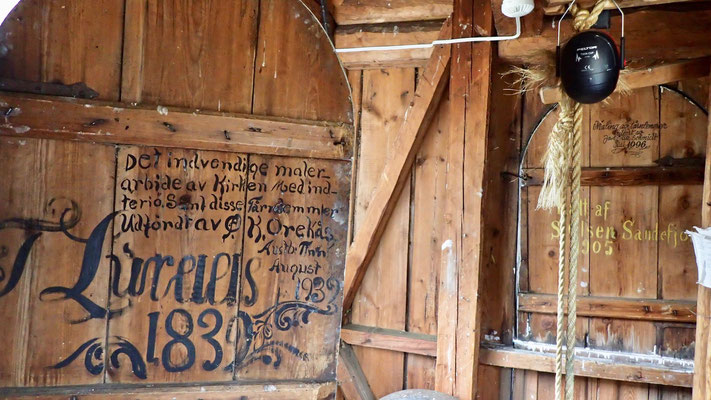 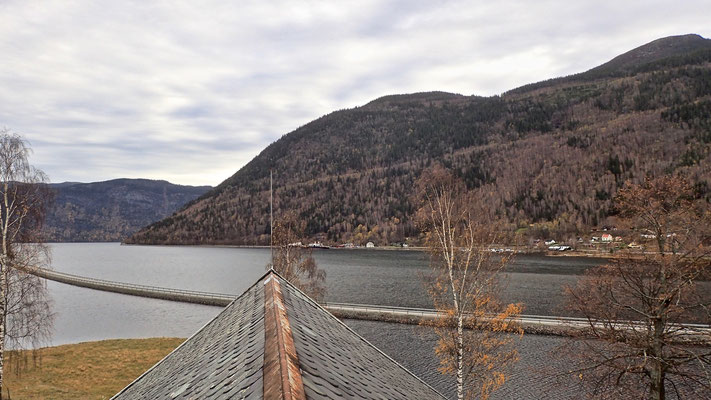 The church in Mæl has 2 bells, most likely from the old stave church. The newer of the two bells has the inscription “cast by Knut Andreas Sundt in the year 1850”. In the visit report of 1846, it is written that this bell was cast over, so there is a lot to say that the old bell in this bell sounds. The older one of the two bells has the inscription “Amsterdam Anno 1734”. It was unclear who had cast this bell for a long time until the resemblance to a bell in the Heddal Stabkirche answered the question. The bells are the same in the shape and design of the ornaments, the bell in Heddal is only slightly larger than those in Mæl and therefore there was sufficient space for the entire inscription. It shows that the bells of Fecit Nikolaas Muller Amsterdam were cast in 1734.

The church tower hatches are unique in Tinn with painted carvings. On the inside of the four hatches is written who painted them. 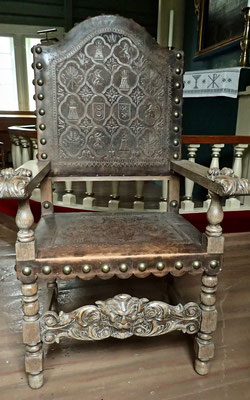 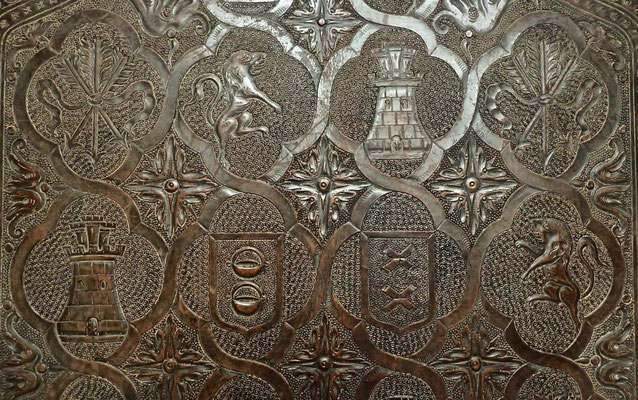 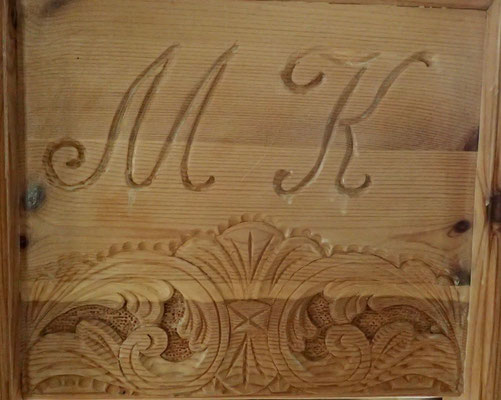 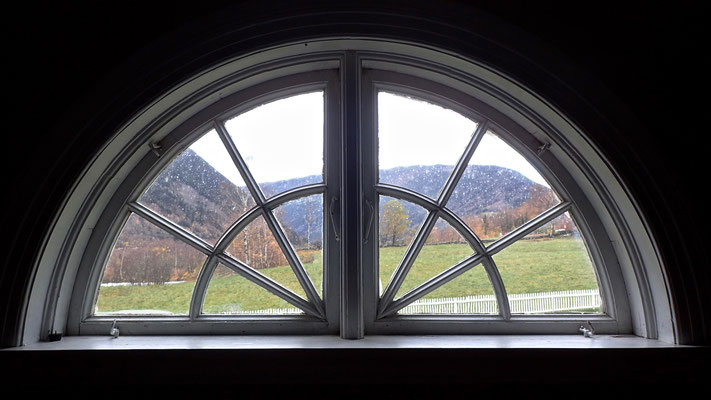 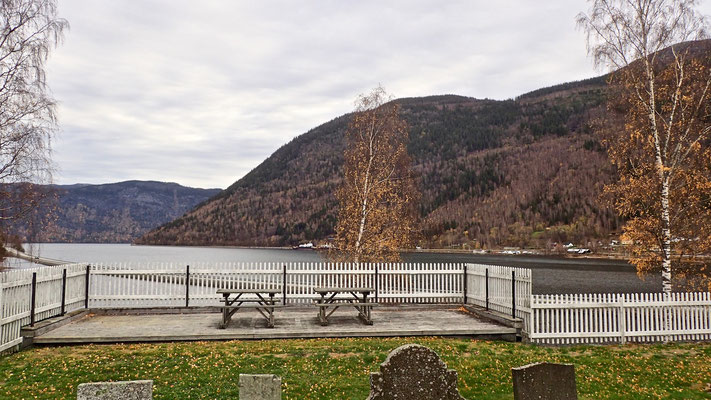